A Pattern of Abuse 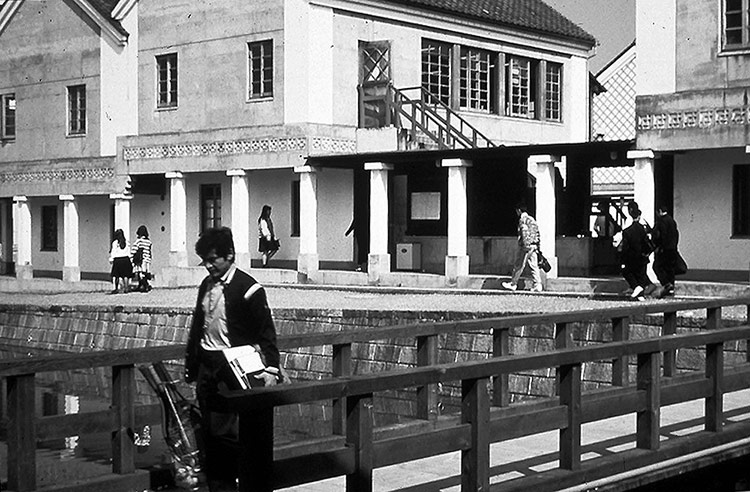 The Battle for the Life and Beauty of the Earth: A Struggle between Two World Systems
Christopher Alexander
Oxford University Press, $45.00

What to do about Christopher Alexander?

A beautiful storyteller, a beautiful writer, and a beautiful thinker, as anyone who has dipped into A Pattern Language, his fabled grammar of everyday life and how to design with it, can attest. Alexander, a mathematician and architect, has a powerful, empirical sympathy for people, their dreams, and their desires, at home and in the world.

Unless you’re an architect.

Things are falling apart—all the goodness in man’s creation—and have been since 1900 and the dawn of modernity, Alexander states in his new book, The Battle for the Life and Beauty of the Earth, written with his wife, Maggie Moore Alexander, and HansJoachim Neis. And architects are largely responsible. They are killing the planet.

Strange words for an architect. But Alexander, a resolute and now embattled outsider to his own professional community, has always believed himself of a different order, bound by oath to improve life by design and not to stylize it superficially, a healer as well as a doctor.

As a builder, Alexander and his Center for Environmental Structure’s (CES) work shares what he calls a “timeless way” with the vernacular and the traditional. Building is an act of craft—physical, emotional and spiritual—that embodies the inherent order of space and the well-being of those who inhabit it. Design, he writes in Battle, is ultimately a language of the soul, not a product of the pencil, or CAD.

It’s hard to argue that environments are increasingly sterile, as Alexander says, and rarely nourishing, rarely places for “happiness, excitement, romance, content, love.” But A Pattern Language’s delicately observed, deftly reasoned, poetically presented alternative to the sleek cynicisms of modern architecture has turned to the offense, attacking with the aggressive take-no-prisoners posture of Battle. It is no longer enough to take the high road, the book’s fight-mongering stance suggests. You have to bulldoze the low road too. If you get pushed, as one of the protagonists of the book literally is, you push back.

Battle’s subtitle, “A Struggle between Two World-Systems,” squares off the story. It is a recounting of Alexander’s work on Eishin Gakuen in Japan, just outside of Tokyo, a combined high school and college campus, nine city blocks in size for an estimated 2,000 students. When he and CES were approached in 1981, it was the largest project they had been asked to consider. The high school was completed in 1985, the college (minus several buildings) by 1989.

World system “A” is Alexander’s. The clients—in this case, teachers and students—form a chorus of virtues, conducted by the architects, that will be incorporated into the design: lakes with ducks on them, shadowy arcades, secret gardens. The buildings will be crafted with a responsive sensitivity to success: if a design is not working, change it. Change it again. “Spirit,” in all its fluidity, is the foundation of the work. (This brings to mind the question of whether everyone in a concert audience is hearing the same piece of music, or some satisfying version of their own. How to agree on the ineffable?)

System “B” is the fodder of real estate pages, shelter magazines, home improvement television, and renovation divorces. You hire a bunch of guys-who-know-what-they’re-doing, from architects to general contractors to plasterers and painters, give them the drawings and a wad of money to get them started, and watch the whole thing uncoil like a nest of snakes. The final punch-list: Olympics-grade finger-pointing.

But, hey. That’s how it’s done. It sort of gets you there.

Alexander argues a red-faced “no.” And though CES’s David against the construction industry’s Goliath—plus the general public’s acceptance of architects as stars with showmen’s skills and not much else—seems suicidal, suicide in Japan is a point of honor, not defeat. Alexander had a remarkable client, Hisae Hosoi, the managing director of the school, who understood the stakes, the lyricism of CES’s and Eishin’s ambition, and as the Japanese phrase it, the nobility of failure, if it came to that.

Alexander’s 30-year battle with all the players—he’s still grappling with it in this book—involves brinksmanship, threats, betrayal, conspiracy, bribery (yes, a suitcase of money), a severe beating by thugs that hospitalized Hosoi, a gentlemanly goon nicknamed “The Prince,” a disquieting shoving match, and the Yakuza. Not your usual symposium panel.

At the heart of the battle was Alexander’s gradual insistence on building what he designed, in order to ensure its integrity, an issue that has subsequently strengthened into a popular architectural movement: the renaissance of design-build. Alexander’s rationale, which looks brightly bald unless you’re a fan, was that he had to control every aspect of the project in order to let it breathe and blossom, freed from the control of contractors and their profit motivation. System “A,” until it began to crumble under the weight of compromise, double-crossing, and doubt, employed a fixed budget (overruns would be corrected with cost cutting) and an elected, salaried manager who was accountable to both architects and clients.

More went right than wrong. And despite moments of bruising defeat, Alexander is clearly proud of Eishin as it stands. He sums up that pride towards the end of Battle by quoting a student who was interviewed in 1991 for a film on the school for Japanese television. “All my life I have lived behind bars,” he said. “When I came to this school, it was the first time in my life, that I felt free.”

Is the book worth reading? Yes, for being a fresh and further iteration of one of the most original minds of our time. Alexander, again, does what he does so well: in the process of adult argument, weave biology, theology, art appreciation, and geometry, plus cultural call outs from Jung to Fellini, into his tale.

It’s just the excited darkness of the tale, from its wooden-sword title on, that seems a little boyish.