Big changes could be coming to New York’s construction code, and RAiNA is offering more info

New York City’s attempts at integrating the 2015 International Building Code has some unintended side effects, and the Rainscreen Association in North America (RAiNA) is offering more information for those whose work might be affected. This Thursday, May 6, at 4:00 p.m., RAiNA will host a virtual information session on the fireblocking implications of the proposed code changes (you can register here).

In 2017, New York began the process of trying to adopt a version of the 2015 International Existing Building Code, according to RAiNA vice chairperson Steven Gaynor. The discussions went into mediation in 2019, and on December 10, 2020, the New York City Department of Buildings (NYC DOB) released a memo outlining the three potential conflicts between integrating the two codes. Those are: The use of combustible materials in exterior walls, employment-based restrictions based on master plumber and master fire suppression piping contractor qualifications, and procedures for lengthening existing chimneys on sites with ongoing construction nearby. 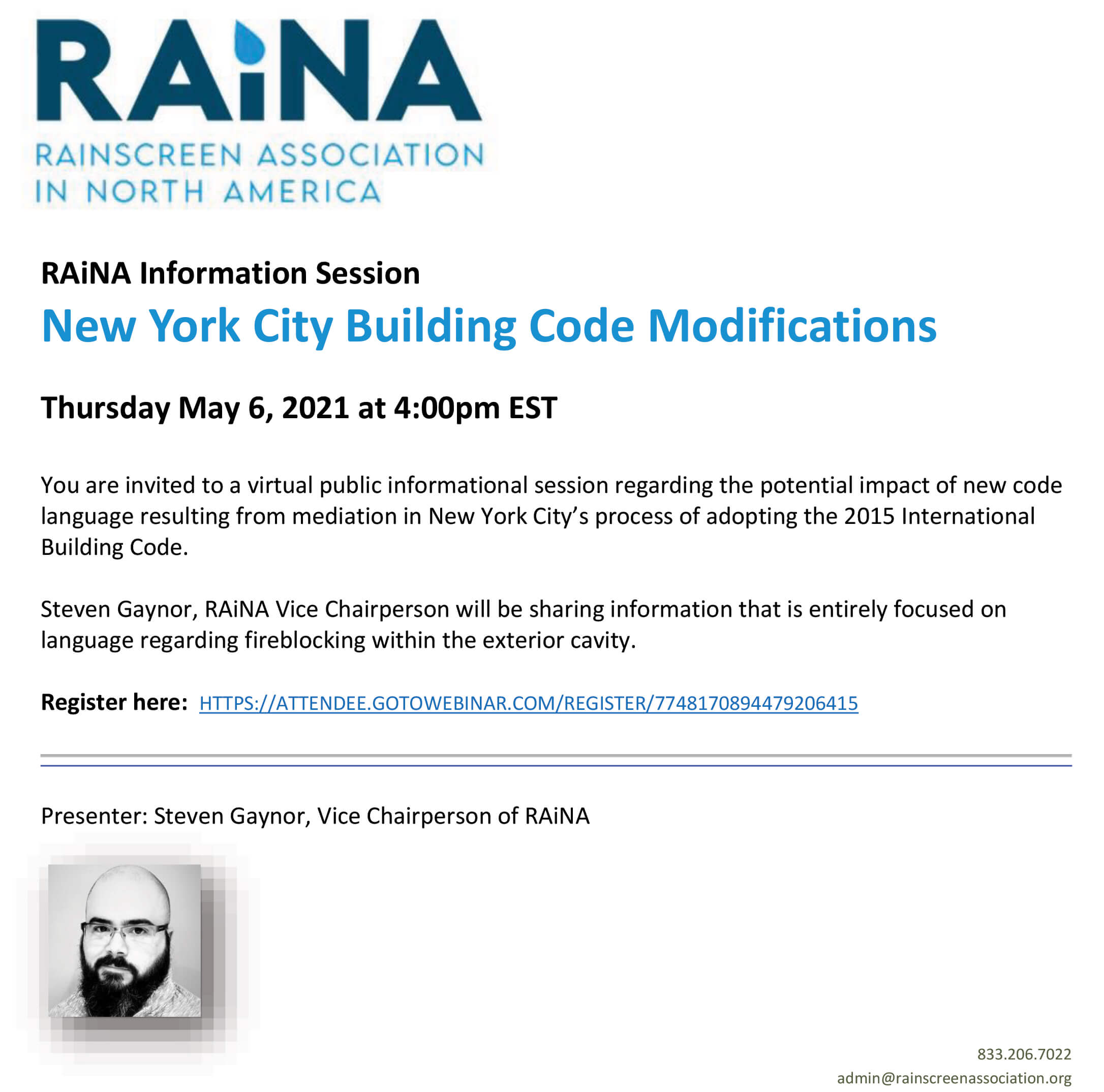 That first point could potentially have the most headaches for architects, engineers, and the construction industry. According to the memo, the final mediated text would provide the following:

Modification of provisions in the 2015 IBC with NYC specific provisions that require installation of fireblocking in exterior wall covering assemblies that contain combustible materials, with exceptions for specific types of construction in buildings less than 75 feet in height.

According to Gaynor, that provision would (perhaps unintentionally) make rainscreen installation both more difficult and expensive, as some fire-retardant products would block the wall cavity. RAiNA hasn’t taken an official stance on the changes one way or another, but wants to open the up to discussion and make sure people are informed and have the chance to weigh in.

RAiNA launched in January of 2020 with 70 initial members. Rainscreen assemblies, said Gaynor, are made up of enough complex parts that a separate, holistic, and multidisciplinary association just made sense and that RAiNA takes guidance and has memorandums of understanding with other related industry groups.