Where the city ends

From the 9th to the 12th of March, MEXTRÓPOLI Festival of Architecture and City celebrates its sixth edition.

MEXTRÓPOLI is a ludic and reflexive event that puts the voices of architects, town planners and authorities at the public’s reach to generate knowledge about the city we inhabit. The occupation of public space with pavilions, the panel discussions that involve the most prominent actors in issues such as urbanism and public policy, as well as a strong selection of speakers, draw a program that seeks to include citizens in all their meanings: students, activists, urban planners, and architects are welcome to experience the extraordinary city.

MEXTRÓPOLI is a festival that takes the city as a stage, it celebrates it. It meets the objectives of expanding the cultural and civic use of public space. It encourages the community to exercise its creative, critical and participative capacity, from the generation of knowledge and interaction through unique experiences. A great urban event turns the city into a new scenario, which makes those who inhabit it be given the freedom to appreciate it in a different way, inviting them to re-know, in a special way, the virtues and deficiencies of those spaces where it transits your daily life

For its sixth edition, the MEXTRÓPOLI Architecture and City Festival will propose thinking of the city as an open territory that is continually redefining its limits.

Where does the driver of the bus you take in the morning live? Where’s the wealth that is invested in the real estate businesses in the best neighborhoods of the city generated? And where do the profits that those businesses generate end? Beyond the game and the contradictions between the local and the global, a fundamental issue for architecture and urbanism and other ways of thinking and acting in the built environment is, therefore, to reflect on how far the city ends.

Among the guests that will visit us, are names like the Chilean architect Alejandro Aravena, Pritzker Prize 2016; David Chipperfield, whose projects include the Jumex Museum in Mexico City; the Mexican chronicler Juan Villoro; the designer Carla Fernández; Former Los Angeles Mayor Antonio Villaraigosa; the French architect Dominique Perrault, among others. In addition to the conferences, MEXTRÓPOLI will also inaugurate seven architectural exhibitions in different venues in Mexico City. The Museum of the City will inaugurate exhibitions by architects David Chipperfield, Dominique Perrault, and the photographic exhibition Miradas Latinoamericanas. In the Franz Mayer Museum, the young Mexican firm MMX will be exhibited, and the Gallery of El Rule will house the projects of João Carrillo da Graça, responsible for the building of the Historical Archive in Oaxaca. The Old College of San Ildefonso will open its doors to Mexican architect Manuel Cervantes, and also an exhibition of the projects of SOM. As every year, MEXTRÓPOLI will also offer routes, workshops, dialogue tables, film screenings and more than 20 installations in the public space.

Between its allies for this edition we emphasize: the Secretary of Culture of Mexico City, the Embassies of France, Holland and Spain through Spanish Cultural Action, universities like the UNAM, CENTRO, Anáhuac Norte, Marista de Mérida and the support of companies such as Grupo Habita, Rolex, Lanxess, Arauco, 1800 and Comex.

More than 100 activities, with an audience of 88 thousand people that include students, professionals and the general public, MEXTRÓPOLI is once again positioned as the best event to think about the directions of the city. 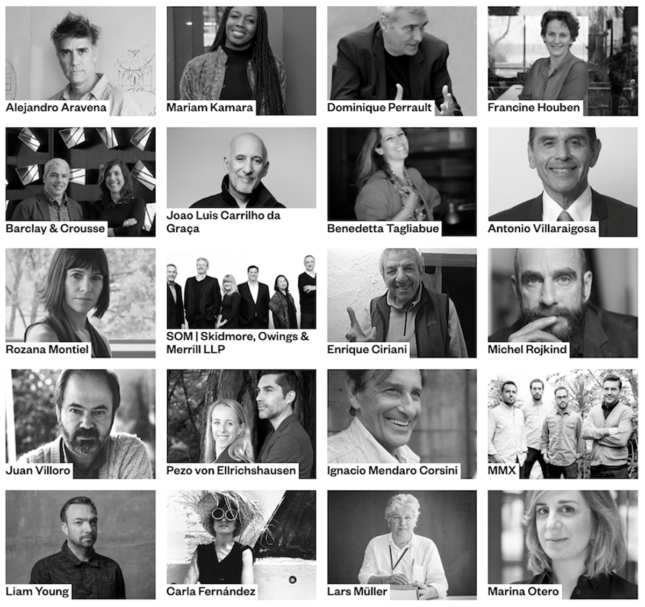