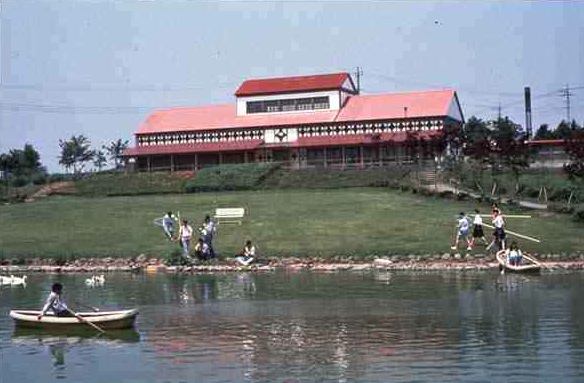 A cafeteria at the Eishen School completed in the 1980s outside Tokyo.
Courtesy Christopher Alexander

After decades at the edge of the architectural establishment—with much of that time spent sniping at it—Christopher Alexander can at last rest on his laurels as recipient of the prestigious Vincent Scully Prize. With his notions of sustainability, scale, construction, and placemaking more in vogue than ever, the National Building Museum has made Alexander the11th recipient of the annual prize for his contributions to practice, theory, and scholarship in architecture.

“I think Christopher has been recognized by everyone who has come into contact with his work, from students to readers of his books, but not necessarily in the field,” said Scott Kratz, vice-president for education at the museum. “It’s nice to recognize him in this official way in front of his peers.”

For Alexander, it is yet another opportunity to teach—and tweak—a profession with which he has had his share of disagreements.

“It’s very gratifying, because I’ve struggled for fifty-some years to take really a completely different view of what it is to be an architect, and what it means to make buildings and the environment,” Alexander said in a telephone interview from London, where he keeps an office for his Berkeley-based firm. “People gave me a very hard time, so I am delighted now that people are espousing what I’ve been arguing since the 1950s.”

Though he has built more than 200 buildings during his decades of work, Alexander is primarily known for his teaching at Berkeley, where he started in his late 20s before retiring in 2001, and above all for his books, including A Pattern Language, where he attempted to show readers how to create their own buildings through 253 elemental patterns without the aid of an architect. To some it was empowering, while others derided its inglenooks and crooked stairs as regressively traditional.

Still, Alexander’s books were popular in the 1960s and ’70s, earning him a cult following that extended beyond architects to popular audiences as well. The books were especially influential in early technology circles, with the creators of SimCity and Wikipedia among the many who credit Alexander for his inspiration.

“This is someone who was preaching a universal truth of sustainable environments long before most of us were using that language,” said Elizabeth Plater-Zyberk, principal at Duany Plater-Zyberk and a Scully Prize juror. “Because he has kept a low profile recently, he may not have been the first person to come to mind, but he was a natural choice.”

The Agate Houses at the University of Oregon, part of Alexander’s Oregon Experiment.

Some critics have found Alexander perhaps excessively offbeat. Kenneth Frampton was dismissive of the choice, but declined to comment “because I really haven’t thought about him very much lately.” He also said Alexander’s ideas were too diffuse to have had much of an impact.

But whereas Alexander might eschew modernists like Frampton and vice versa, Ned Kramer, the Architect editor and a Scully juror, sees him as embodying both worlds. “He bridges that gap between the most progressive strains of architecture and the most retardataire,” he said. “He finds the common ground in traditional and progressive modes, which are often at odds in the profession.” 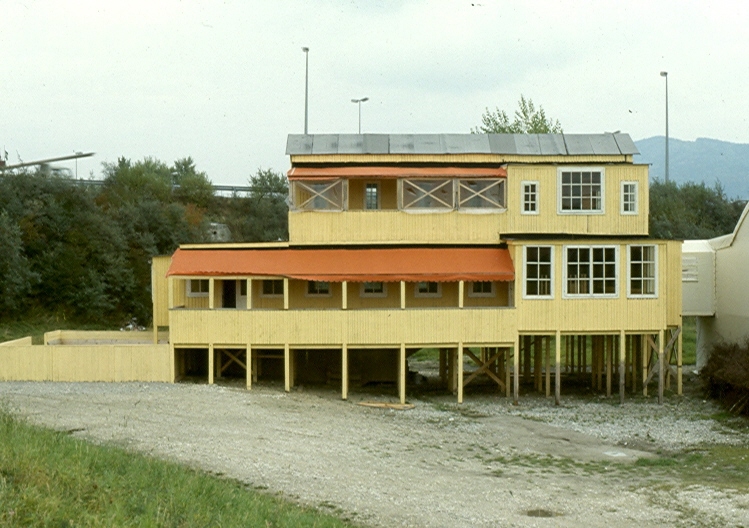 The Linz Cafe in Linz, Germany.

Alexander said that it’s nice to finally be recognized for his work, and he hopes to spead his message as a result. “That’s where I get my jollies, seeing architecture improve and hopefully create a paradise on Earth,” he said. “Though we’re certainly not close to that paradise.”