The biennial Build Small Live Large Summit launched in 2012 in Portland, Oregon, to help move the housing industry toward smaller, more energy-efficient homes. Originally organized under the auspices of city’s Department of Environmental Quality, past programs promoted tiny houses and accessory dwelling units, or ADUs, as a way to reduce greenhouse gas emissions. The focus of this year’s event shifted to missing middle housing, reflecting another acute concern for many U.S. cities. “Everyone from every city is struggling to provide enough affordable housing and we all want to have a better approach to this problem,” said Rebecca Small, a planner at Metro, the regional agency that now convenes the event.

The topic attracted a decidedly wonky audience of planners, but also drew builders, real estate agents, investors, developers, advocates, activists, and architects from across the country who are closely following recent legislation that lowers barriers to developing additional housing types on single-family lots. In August, Oregon passed a statewide bill that will allow the development of middle housing, defined as duplexes, triplexes, quadplexes, cottage clusters, and townhouses, on single-family zoned lots by 2022. In October, California passed a suite of laws that go into effect in January 2020 that incentivize building ADUs, reduce restrictions for building them, and streamline the process. 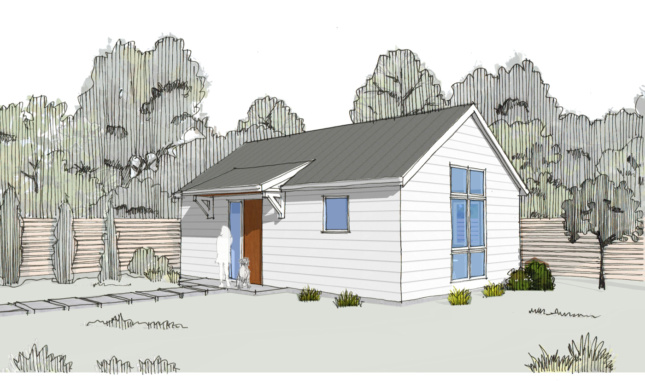 Build Small Live Large 2019 sessions covered financing and appraising ADUs, as well as strategies for passing state and local ordinances to encourage missing middle housing options. Panels mixed city planners, housing advocates, elected officials, architects, lenders, and developers who delved into the ramifications of the new code and zoning updates and explored housing models on the horizon to be reintroduced into many urban and not so urban regions. As Michelle Glass of the Rogue Action Center stressed, the perception of rural communities, such as those in Eastern Oregon, is that they’re still in the 1950s, but displacement as a result of affordability and accessibility is a very real issue there.

Discussions around single room occupancy housing models, or SROs, highlighted how this once-common housing option has reemerged both as a way to help people transition from homelessness and as an affordable option for nomadic millennials as they move into and out of cities. Panelists also explored how using ADUs and cottage clusters gives the generation on the opposite end of the spectrum, baby boomers, a viable way to age in place or stay in their neighborhoods.

Notably, Richard Rothstein, author of The Color of Law (2017), was the event’s keynote speaker. Rothstein drew parallels to the time after World War II when the homelessness crisis in the U.S. was comparable to today and noted how exclusionary zoning practices enacted then have resulted in deep economic disparity and segregation in the country.

“If we abolish segregation in neighborhoods, the next day things wouldn’t look any different,” said Rothstein. Perhaps not overnight, but as new legislation takes effect along the West Coast and ripples out to cities such as Fayette, Arkansas, and Minneapolis, which are already updating their zoning regulations to encourage housing that creates more diverse, livable, walkable cities, the housing landscape may look very different by the next Build Small Live Large Summit.

In L.A., new tiny home villages offer a temporary solution in the city’s struggle with homelessness